Ornithine is an alkaline amino acid, its molecular formula is H2NCH2CH2CH2CH (NH2) COOH. L-Ornithine does not belong to the 20 amino acids that make up protein. Although ornithine can not be found in ordinary protein, it exists in antibacterial peptides such as tyrocidine and gramicidin S. In addition, the δ-N-acetyl ornithine was found in the roots of corydalis. Ornithine is produced by the decomposition of arginine under the condition of alkaline or arginase. As a part of the urea cycle, which is related to urea production. Amyl phosphoric acid is combined with ornithine to produce citrulline and phosphoric acid. The citrulline is converted to arginine, and arginine is then cracked into urea and ornithine, which plays an important role in metabolism. Arginine, glutamic acid, proline and ornithine can conversion each other in organisms. With alpha ketoacid and glyoxylic acid, transamination can be carried out. Under the action of ornithine dehydroxylase, decarboxylation generates butanediamine. Butanediamine can further synthesize to polyamines. In birds, it combines with 2 molecule benzoic acid or phenylacetic acid to form the form of uric acid, which plays a role in detoxification.

Ornithine mainly participates in the circulation of uric acid and plays an important role in the excretion of ammonia nitrogen in the body. In addition to being used as a reagent and injection in medicine, ornithine is usually used together with arginine to configure the foamed drink to restore fatigue. In recent years, ornithine has been widely used in food industry and pharmaceutical industry.

Amino acids are protein building blocks and are used by the body to form different types of essential compounds. But some amino acids, including L-ornithine, also play other important roles. For example, L-ornithine is important for the removal of garbage in the body. Some scientists also believe that this amino acid can raise energy levels and provide other benefits to the body.

When the body cells decompose proteins and other nitrogen compounds, they produce ammonia by products. If they are not removed, they will have toxic effects. During the urea cycle, hepatocytes convert ammonia into urea and are eliminated by the kidneys as garbage. Because ornithine is the center of this process, it is also known as ornithine cycle.

The kidney transforms ornithine into arginine, which is another amino acid that has many beneficial effects on the body. Arginine is a precursor of nitrous oxide, which can expand blood vessels when additional blood is needed to provide tissue to the body. Arginine also helps that muscle cells produce methyl-aminoacetic acid. The study found that additional supplement of L-ornithine can increase strength and endurance. Experts say ornithine can promote cells to use energy more effectively, so it is recommended to use as an anti fatigue health care product.

Laboratory studies have also found that ornithine has other important and potential benefits to humans. For example, a study found that the use of L-ornithine in laboratory animals can promote wound healing, which may be associated with its acceleration of collagen secretion, a compound that is important for the formation of new connective tissue. Another study also found that this amino acid can cross the blood-brain barrier and reduce animal anxiety.

The food source of ornithine

Ornithine is a non essential amino acid, which means that the body can naturally synthesize it. As a part of the urea cycle, the liver cells can produce ornithine from arginine. The sources of ornithine include meat, eggs and dairy products, especially turkey, peanuts, soybeans, egg white and sesame have the highest content. In addition, L-ornithine health products can also be purchased, which can be used to make up for inadequate diet after consulting doctors. 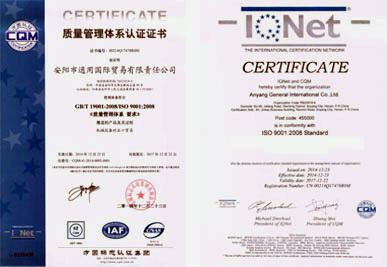