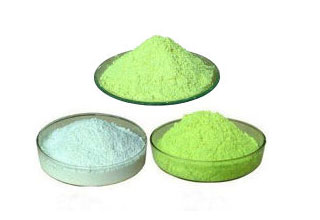 In fact, fluorescence is only a physical phenomenon of cold luminescence. After a certain wavelength of incident light (usually ultraviolet or X ray.) is absorbed, a longer wavelength emergent light (usually visible light) is emitted. Once the incident light is stopped, the phenomenon of luminescence will disappear. According to experts, fluorescent substances are ubiquitous in nature, but also exist in a variety of animals, such as many marine organisms, shrimps, crabs, jellyfish, and land fireflies, they can emit light precisely because the body contains a variety of fluorescent proteins. Some fluorescent substances even exist in the human body, such as some amino acids, vitamins A, E and B12, nucleotides, hormones and so on. Many common foods also have fluorescence, such as soy sauce, Pu’er tea, liquor, black tea, coffee and other fermented foods, can produce fluorescence.

Consumers often have a sense of fear about substances that can give off fluorescence and think that they can cause harm to the human body. In fact, fluorescence is not related to toxicity. Because fluorescence is a pure physical phenomenon, no chemical reaction, will not have adverse effects on health. In addition, fluorescent vitamins, proteins, tryptophan, tyrosine and hormones are also essential for the maintenance of life, can be absorbed by the human body. Therefore, there is no relationship between toxicity and fluorescence.

What is fluorescent whitening agent?